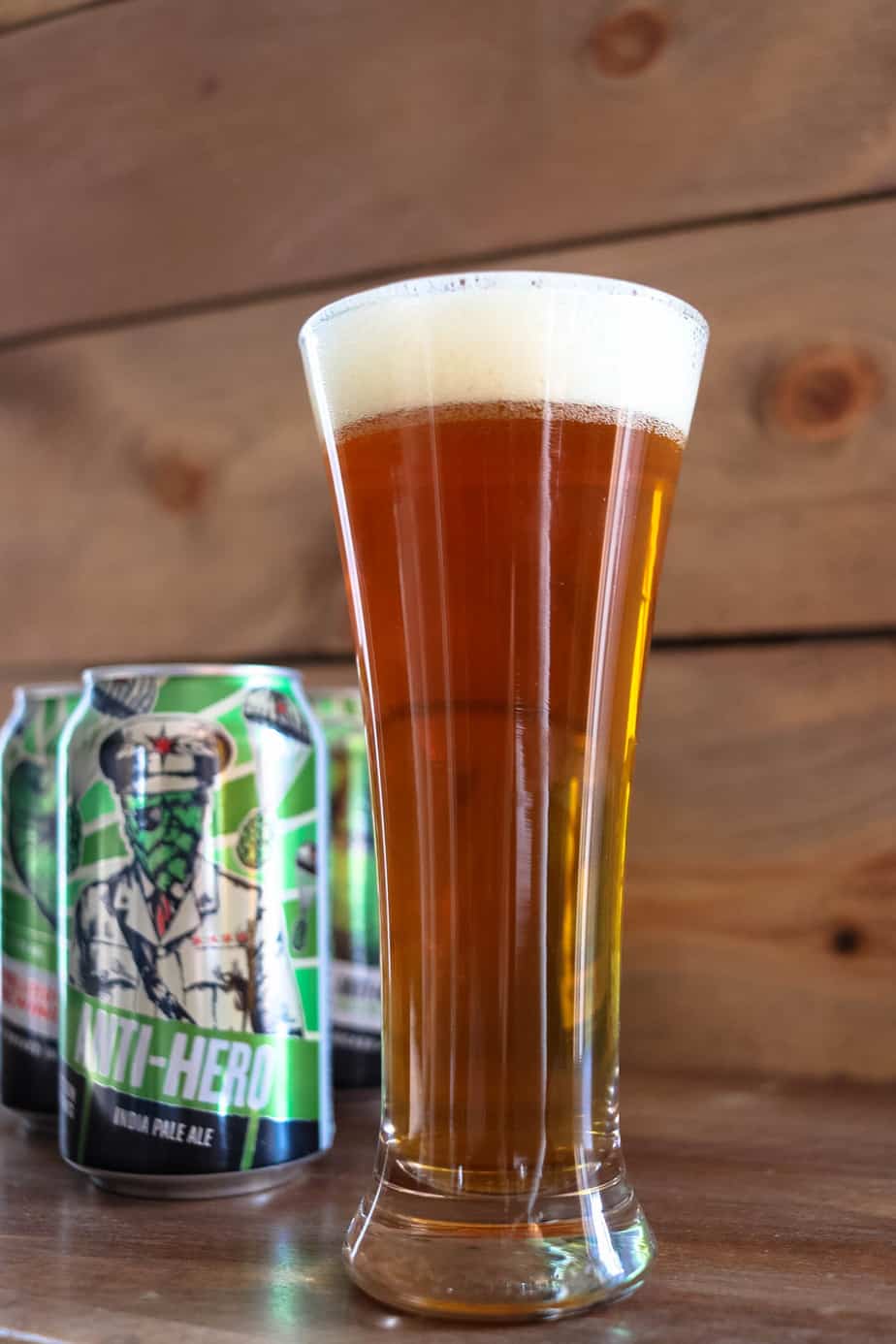 My friends and I are always down for meeting up at a local brewery to relax and catch up or just goof off.  Even on those nights where I just want to be a bum at home, you can probably get me to leave the house by dangling a brewery carrot.  My husband used to be known for not doing anything outside of the house weekday evenings after work and Sunday evenings.  He preferred to take it easy at home.  I went so many places without him!

Thankfully, he’s off the couch and out the house more.  Oftentimes, you’ll find us hanging at a local brewery, having a beer with friends.

If you told me that we’d be this way years ago, I wouldn’t have believed you.

We just get happy, cozy, feelzzz at breweries and pubs.  It’s so easy to lose track of time.

Our favorite hangouts essentially have good beer, but then there are factors beyond the beer that keeps you coming back!

Revolution Brewing’s production facility and taproom located in Chicago’s Avondale neighborhood is a delightful spot for gathering, unwinding, and relaxing for hours.

They’ve laid out their German Beer Hall inspired taproom as if to say “welcome, come on it! There’s plenty of room so stay awhile!

Safety First!  It was HOT under these goggles!

Named one of the top 50 craft brewery companies in the United States, in 2015, Revolution Brewing is the largest independently owned brewery in Illinois.  They opened their brewpub in Logan Square in 2010.  The production facility and taproom where I got a behind-the-scenes peek opened in 2012. A noteworthy fact that I learned during my tour is, Josh Deth, the founder actually trademarked the name Revolution, the logo, Anti-Hero, Bottom Up Wit, and Eugene Porter in the late 90’s, over 10 years before he opened the brewpub.  Talk about having vision!

They’ve experienced tremendous growth in the seven years since opening.  Just 2 years ago they produced about 65,000 barrels of beer a year.  They should hit about 100,000 barrels by the end of 2017 with distribution in Indiana, Ohio, Massachusetts, New Jersey, New York City, Wisconsin, and most recently Michigan

I gained so much insight from my behind-the-scenes peek at operations; now I’m a beer know-it-all…..NOT!

Here are a few things though that I learned from my tour with Quintin:

Beer is made up of 4 basic components:  Water, Malt, Hops, and Yeast.

The beer is now ready to be packaged and consumed.  Got all of that?  Are you ready to make your own beer?

Kegs are available for purchase

Packaging
The cans are loaded, rinsed, and hit with a bit of nitrogen before heading to the filler head where 300 cans a minute are filled with beer.  All Revolution beer is canned.  Quintin stated that cans are like mini-kegs and they keep the air out more than capped bottles which over time seep air.  They’re also 100% opaque so they keep the light out.  Light struck beer tastes skunky.  Have you ever taken a swig of skunky beer? Not pleasant.
I was always under the impression that all canned beer had a bad taste, so I asked Quentin why that was so.  He explained that cans got a bad stigma in the past for a couple of reasons:

After the beer is canned the production date is applied by laser and the beer is now ready for distribution.  Revolution only uses companies with refrigerated trucks to distribute their beer ensuring freshness up to delivery.

For me as a customer, I know why I love Revolution but I asked Quintin what he enjoys about working for Revolution Brewing and here’s what he said:

“Revolution is a fun, progressive company that takes care of their employees.  Everyone has been here for years and we’re like a big family.”

Happy employees treat customers well.  Well treated customers are happy and loyal.  Happy employees and happy customers make a fun environment. A formula for success. It’s no surprise that Revolution has experienced tremendous growth over the past several years.

Another thing that I appreciated from what Quintin shared was that Revolution supports others in the brewery community by drinking their products and paying their brewpubs visits. In the blogging world, we have a hashtag #communityovercompetition which basically means there’s room for everyone so let’s encourage and support each other to succeed.  I like that Revolution Brewery believes in that.

They certainly have a loyal follower in me!

My appreciation for the company, product, and people behind the curtain was greatly enhanced by my tour.  A true gem!

Make sure that you pay them a visit!

The production and tap facility are located at 3340 N Kedzie Ave, Chicago

Or visit the brewpub at 2323 N. Milwaukee Ave., Chicago

Some things to keep in mind in regards to the production facility and taproom:

Last week I did a virtual food and wine experience

Have your heard of the Pullman Porters? Their sto

I love these @callieshotlittlebiscuit cinnamon bis

How cute are these personalized cards from the Car