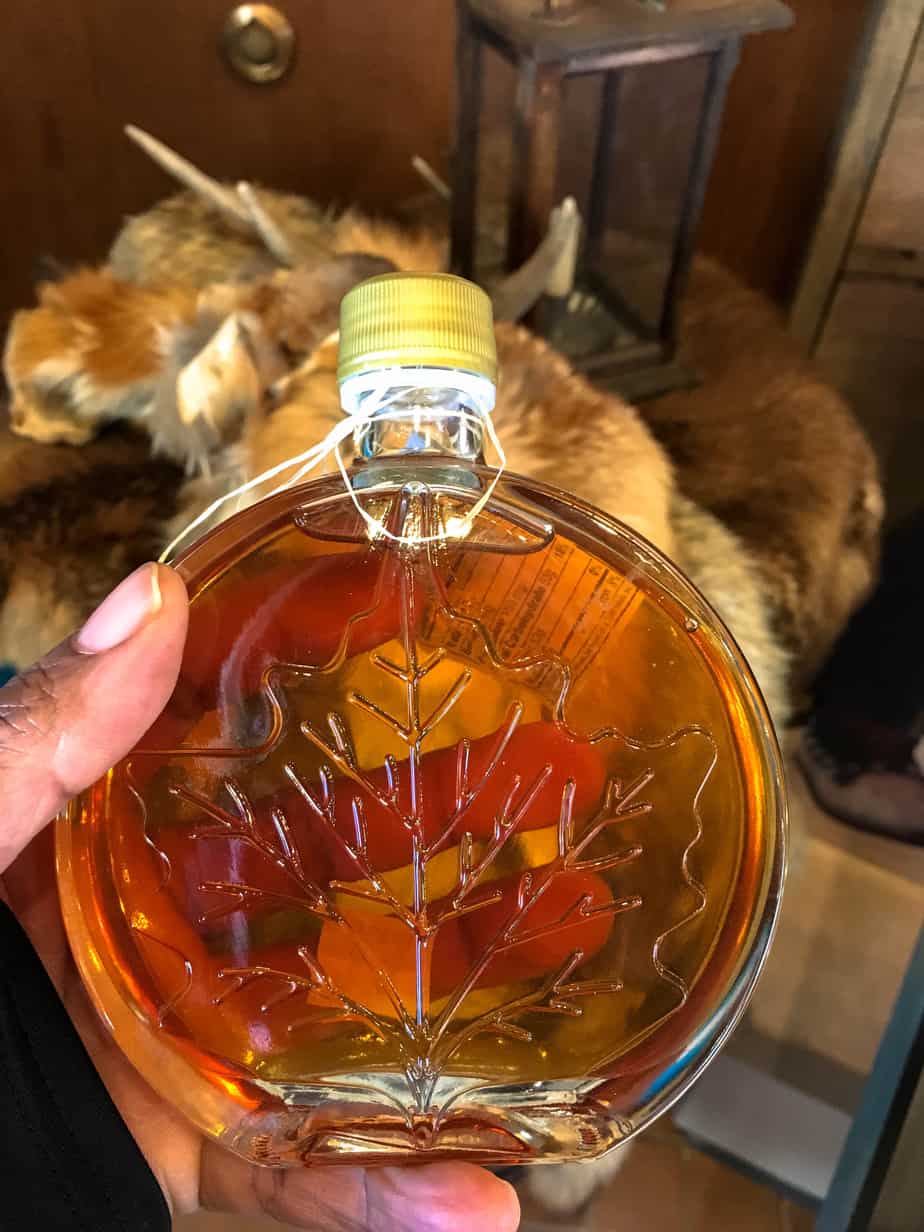 Each year the National Park Service hosts the Maple Sugar Time event marking the beginning of maple syrup season.  During this prime time of year, temperatures at night are below freezing and the days are sunny, making conditions ideal for maple tree tapping.  At night the sap goes back into the roots of the tree preventing freezing, expansion, and cracking of the bark.  During the day the sun pulls the sap back up into the maple tree for tapping.  Scroll to the bottom for instructions on tapping a maple and making syrup.

The National Park Service hosts the event at Chellberg Farm.

Chellberg Farm once belonged to Swedish immigrants Anders and Johanna Chellberg, who arrived in Northwest Indiana in 1863.  They purchased the 40 acres of land to establish the farm in 1869 and added forty additional acres five years later.

The property contains a sugar grove that the family began tapping in the 1930’s for maple syrup production.

Did you know the world’s supply of maple syrup all come from Northeastern North America?  Quebec and Vermont lead in production.

Maple Sugar Time takes attendees on a visual tour of maple sugaring and gives a glimpse into how it’s evolved over the years. From the Native Americans to the pioneers, and on into modern methods.

I spotted a Mother Wilma’s Marshmallow Factory food truck supplying hot drinks as we were walking up to begin the tour.  Of course, we stopped…priorities!!! This food truck makes everything from scratch using local and organic ingredients. My husband and I each got a gourmet hot chocolate with maple marshmallows.  I was an instant fan and will be following them to see where they pop up next.  A nice treat to enjoy during our tour as it was a wee bit chilly outdoors.

At the onset of our tour, we were made aware of the effects that climate change is having on the maple tree.  Research data indicates that the trees are migrating north because it’s getting warmer here.  The maple sugaring season has been starting earlier than it did some 40 years ago and the duration has lessened by 10%.  Groves can migrate some 60 miles per century.  Maple trees drop seeds that are carried away by wind and animals. If the seeds find a suitable environment, the maple tree grows and thrives.

Some of the things that we can do to slow down this process include:

Time to try some of the sap from the tree.

The sap was so clear that I wasn’t sure if I was tasting water or maple sap.  It wasn’t sweet at all.  I learned that sap from the tree is 99% water and only a small portion turns into syrup.  It takes 40 gallons of sap to get 1 gallon of maple syrup. The sugar content is about 2%, after the boiling process the content is 66% sugar; you then have pure maple syrup.

The following is an evolution of getting the maple sap to syrup.

Native Americans discovered maple sap.  Since it has the consistency of water, it is believed that they mistook it for water seeping from the maple tree and cooked with it, leading to the realization of its sweetness.  They used fire, wood, clay pots and rocks.  The rocks were heated in the fire and then used to stir the sap eventually boiling out the water.  That had to be the longest process!

Pioneers had it much easier, using kettles to boil the sap, however, it still took a very long time.  Plus you had to deal with all of that smoke in your face.  The pictures below are tools that were used around the 1850s.

As time went on more thought went into the wounds placed in the trees.  The hole can be a small as 5/16 of an inch.  Ideally one doesn’t want to make too big of a hole in the tree because the bark of the tree is a protectant much like skin is to humans, therefore, smaller holes keep the tree safe from harm.

We next visited the sugar shack which was warm and full of steam.  The sap inside is boiled down the same way the Chellberg family did it.  This boiling method allowed for a much quicker evaporation of water.  The fire box under the pan permits more heat and eliminated smoke; it’s also energy efficient. I received a nice steam facial while in the sugar shack, lol!

Fun Fact:  Lighter colored syrup is more expensive.  It’s called fancy syrup.  Corrugated pans are used to allow the sap to get closer to the fire producing a faster boil.   The longer the syrup boils, the darker it becomes.

The Maple Sugar event was enlightening as well as a lot of fun.  I knew absolutely nothing about maple tapping or the process of making syrup.  Both my husband and I gained a greater appreciation for the product and the work that goes into supplying it.  Now I understand why it costs a bit more in stores.  Especially considering that the alternative is made up of mostly corn syrup.  Afterward, my husband stated that we’re only buying pure maple syrup henceforth.  No more pancake syrup consisting of mostly corn syrup.

Chellberg Farm is open to the public during festivals, demonstrations, and ranger-guided tours. Check the Ranger Guided Program Schedule for days and times.

Maps showing the projected migration of the sugar maple tree