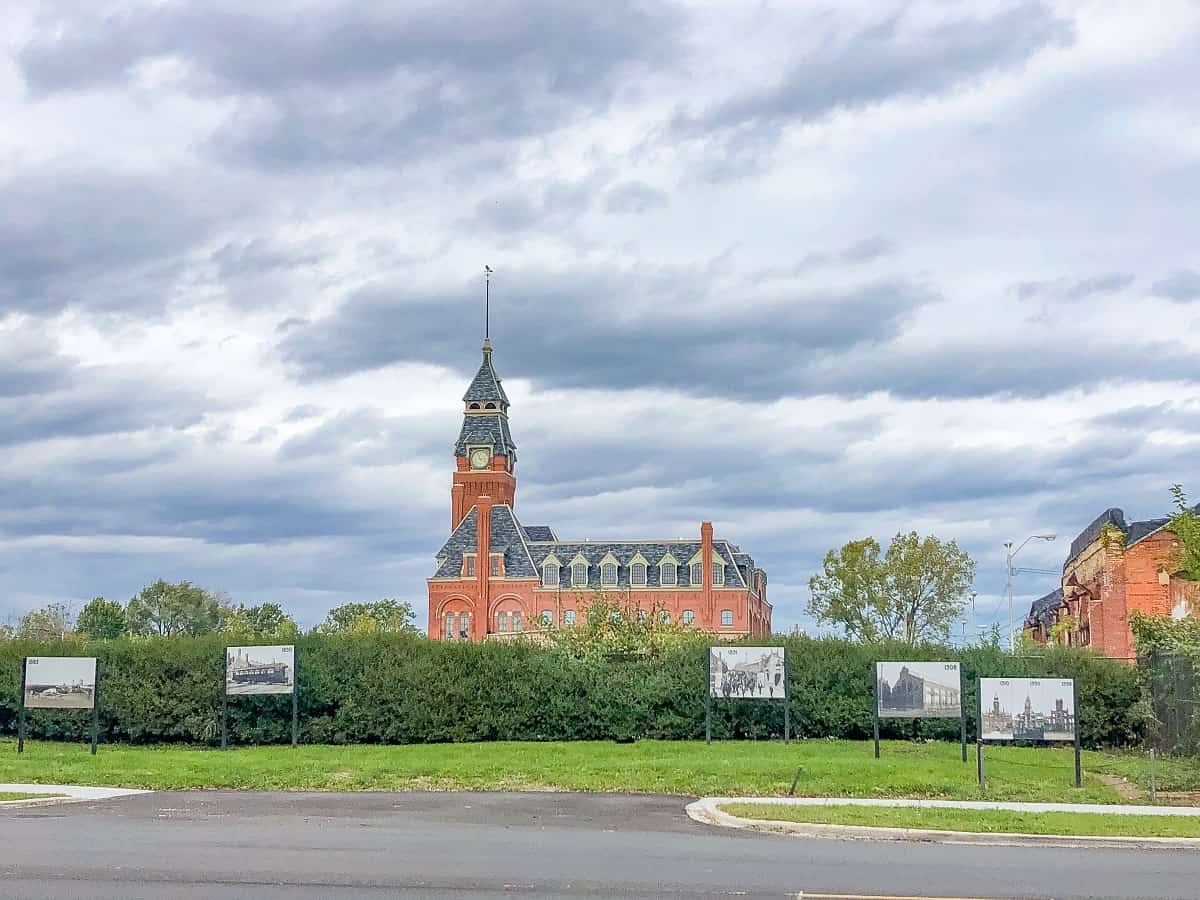 A visit to the Historic Pullman neighborhood, Chicago’s first National Monument, is like a walk back in time. Established by George M. Pullman, the historical town was built between 1880 and 1884 on 4,000 acres of open land. It was one of the nation’s first company towns.

Historic Pullman, located 12 miles from downtown Chicago is rich with history. In addition to gaining national recognition as the “World’s Most Perfect Town,” only a few years after establishment, it played an important role in labor reform and the Civil Rights movement.

Pullman, a native of Brocton, New York, moved to Chicago in the 1850s. In 1859 he designed his first rail car to improve trains’ sleeping accommodations after many uncomfortable cross-country rides. He gained fame after, The Pioneer, his plush, luxurious rail car, was attached to the assassinated President Abraham Lincoln’s funeral train in 1865.

Pullman’s Palace Car Company grew to manufacture in 4 cities during the 1870s. The company leased sleeping cars, dining cars, parlor cars, and drawing room cars to railroads, even providing Pullman staff to ensure top quality service. His lucrative company grew to be one of the largest corporations in the nation. He hired thousands of African Americans, many former slaves, to work on the rail cars. They were called Pullman Porters.

The homes, predominantly row houses, all had indoor plumbing and gas lighting.  Pullman was among the first towns to have separate sanitation and storm sewer systems.

The housing reflected the workforce’s social hierarchy with executive homes, lining 111th St. and 112th St., built nearest to the factory. Cottages and flats were available for families and rooming houses for single men. By 1892 there were more than 1,740 units in the town.

The town embodied Pullman’s concept of a well-planned, healthful environment for his workers to improve the quality of life. The Pullman company maintained everything within the community, including its fire station.

The town had everything to make life easier for many but not all of Pullman’s employees. Although much of Pullman’s success was due to the African American porters who worked on his train cars, these African American workers weren’t allowed to live in Pullman’s Town. Many settled in the Chicago community, now known as Bronzeville. Their story’s told at the A. Phillip Randolph Pullman Porter Museum.

The African Americans employed by Pullman were overworked, underpaid, and demeaned. Under the leadership of civil rights activist A. Philip Randolph, the porters organized and fought for their labor rights against the Pullman Company. In 1925 they formed the first successful trade union for African American railroad porters when most Blacks weren’t allowed membership in established white unions. The Brotherhood of the Sleeping Cars union dramatically changed their lives and those who followed, leading to respect, improved wages and working conditions, and recognition for their labor.

The Pullman Historic District is unique with its original buildings covering 21 blocks and comprising one of the largest collections of 19th-century row houses in Chicago. Most of the 900 row homes are two or three stories in height, with brick construction and limestone foundations.

It’s a great neighborhood for a walking tour, here are a few notable places!

The Pullman Visitor Center features a Pullman memorabilia collection and a video presentation with a historical overview of the community.

Where to Eat in Historic Pullman

After your tour of Historic Pullman, stop in at One Eleven Food Hall for a bite to eat from one of the three restaurants inside. Diners can choose from barbecue and soul food, vegan cuisine, and lattes and pastries.

Try one of Andy’s specialty coffee drinks, teas, or pastries. I recommend the lavender latte, yum!