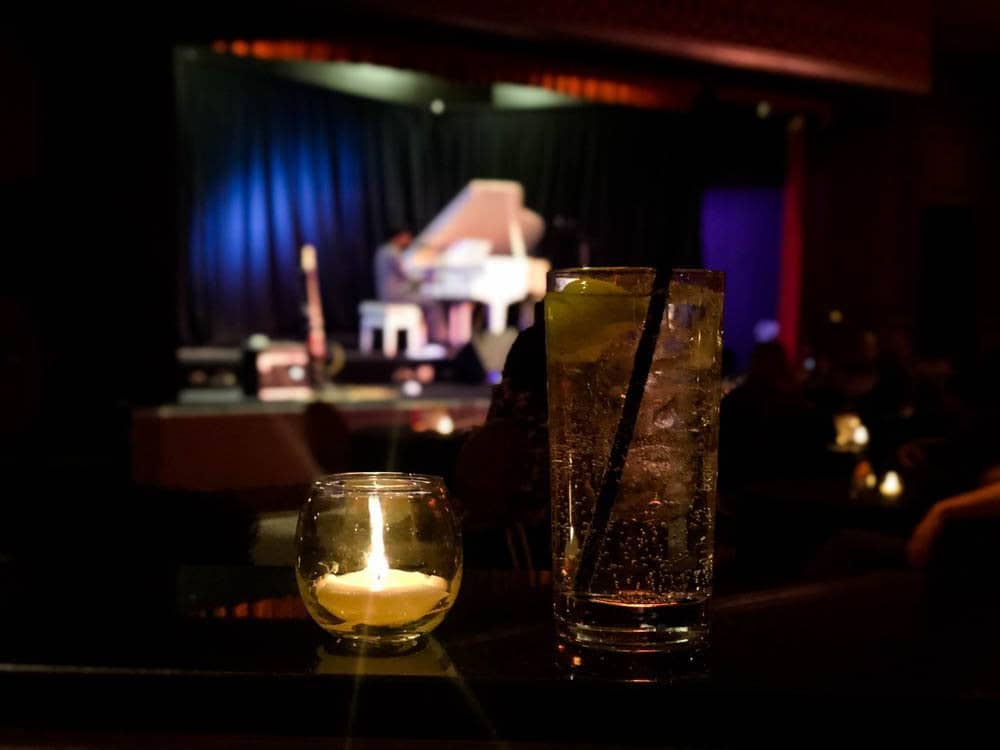 A few weeks ago, I had no idea who Jalen N’Gonda was. Boy, was I missing out! I’m so grateful for the discovery of this incredible artist through an invitation to cover his concert at the Fairmont Hotel in Chicago. The performance blew me away!

Fairmont has focused its attention on nurturing musical talent and amplifying hotel guest’s passion for music. As a result, in January, the hotel launched the Fairmont World Tour in partnership with the Montreux Jazz Festival (MJF), the world’s 2nd largest annual Jazz festival.

N’Gonda’s show gave a taste of what guests will experience at the yearly festival spanning two weeks in July. The festival draws 250,000 music lovers from across the world.

N’Gonda’s intimate concert lasted a little over an hour and had the audience captivated the whole time. If you’re not familiar with this up and coming artist Google him or better yet, check out his Spotify.

Originally from Maryland, N’Gonda now resides in Liverpool, London. His music is a mixture of Jazz, R&B, Soul, and Pop. His primary instrument was his vocals; there’s something magical about them! He accompanied them with his electric guitar and piano, but I could have honestly been satisfied with him singing acapella.

He was engaging in between the music and his banter with the audience. We laughed out loud a few times at his wit and sarcasm.

I caught up with him as I was retrieving my coat for a brief chat. Friendly down to earth guy. He told me that he has a band back in Liverpool and I said to him that I was happy that I heard him without the group. His voice in the raw with minimal instruments was mesmerizing. He’s got chops and is quite ballsy covering artists such as Marvin Gaye, Curtis Mayfield, and Ray Charles effortlessly along with his originals, which were engaging by the way.

N’Gonda will be touring at Fairmonts across the world during 2020, so if you happen to be in Austin, Boston, San Francisco, Rio, or Berkley, don’t miss his show!

For more fun happening around Chicago click through to the PLAY section of my blog!