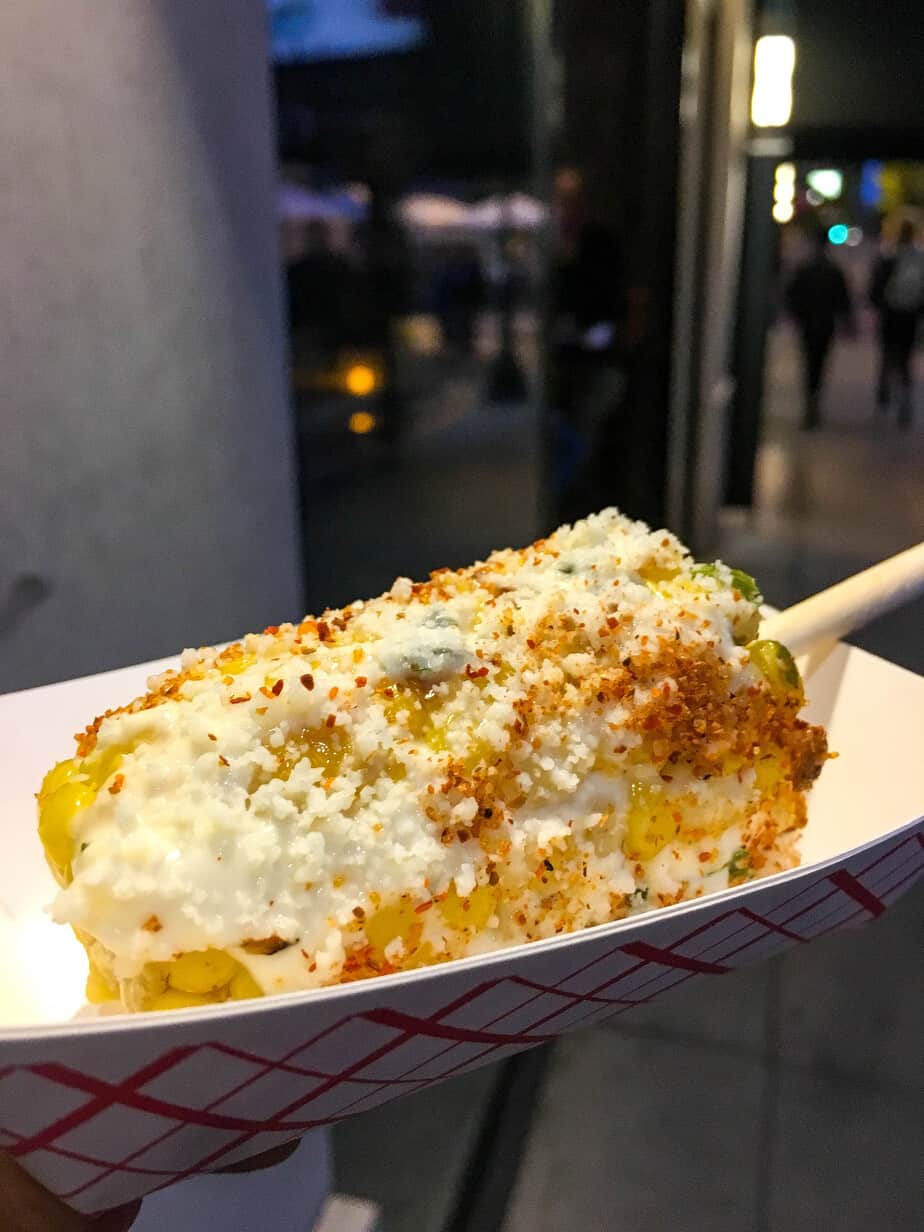 Where does one looking to immerse themselves in the city’s food scene begin when the options are endless? There are numerous ways to go about it. However, I’ve found one of the best and easiest is through a food tour. Each time I’ve joined one, I walked away impressed, and joyful from what I experienced. My most recent outing was the Gateway to West Loop food tour with Chicago Food Planet! Founded in 2006, Chicago Food Planet is the city’s longest-running food tour company. To say it was an afternoon well spent is an understatement. I recommend it to anyone desiring an unforgettable afternoon in one of Chicago’s diverse neighborhoods. Here’s why:

TASTE A VARIETY OF FOOD

Let’s be real; the number one reason to do a Chicago Food Tour is that Chicago’s food is iconic. A food tour allows the opportunity to taste a variety of the city’s excellent offerings. The portions are the perfect size for getting a good taste without overdoing it. The tour made six stops. We indulged in sampling everything from local artisan handmade donuts to a typical Roman street food snack.

Discover Gems You May Have Otherwise Overlooked

A week before my tour I’d walked past Cemitas Puebla in the West Loop. I was curious as I glanced inside and wondered why’d I never noticed it before. I got super enthused after our guide, Mark, informed us that it was the second stop on our tour. My discovery of Cemitas, the sandwiches of Puebla, Mexico, did not leave me disappointed. The homemade bun, similar to brioche, is sweet with sesame seeds. Stuffed inside was flavorful chicken, avocado, and Oaxaca cheese. I topped mine with the chipotle and Verde sauce, and it was heaven! I had no idea how famous this sandwich was in Chicago!

While strolling the neighborhood, our guide also spoke on some of the other restaurants, not on our tour. There are just too many great eateries in the West Loop to contain within a 2 1/2 hour tour! Therefore, I left with a long list of award-winning, Michelin rated, Top Chef eateries to check out in the future.

Get to Know the People Behind the Food

Inspiring stories of the locals behind the food creates feelings of connection and heightens appreciation for what’s in front of you. For instance, just knowing John Ross, owner of Formento’s loved his Nonna and named his restaurant after her makes you go awwww. Throughout his restaurant are many special touches in homage to her from the menu to pictures on the wall. As a child, he loved spending Sundays with her while she cooked all day for the evening meal and the gathering of his large family. Desiring to recreate that feeling in his restaurant, he incorporated long booths to push tables together for family-style meals and conversation.

It stirred up some of my favorite memories in my ma-ma and pa-pa’s kitchen. It seemed like they were always cooking and wanting to feed us. Once I became an adult, I realized how much joy feeding us bought them. Now, whenever I eat one of Nonna’s (Italian for grandma) meatballs at Formento’s those feelings will return. The narratives about the business owners, their home countries, and families were some of my favorite moments from the day. If you didn’t notice things like this tug at my heartstrings.

Having a professional tour guide share details about the people, historical facts, businesses, and architecture of a neighborhood leaves an impression and awareness of the progression of the city. The tour took us through the many changes of the West Loop; from a working-class residential neighborhood, meatpacking district, manufacturing, Chicago’s Skid Rowe, to dining mecca. We learned of many key people and developments that contributed to what you see today.

Fun Fact. Mary Todd Lincoln moved into the West Loop after the assassination of her husband Abraham Lincoln and remained until the 1890’s.

Become Acquainted with People from All over the World

Food tours are an excellent way to meet new people! Our group was a mix of individuals from Missouri, New York, Oregon, England, Chicago, and suburbs. You know what they say; “people who love food are always the best people.” Everyone was in a great mood and excited to share a meal with you. Donovan and I had lots of laughs and great conversations with different individuals. The memories will linger long after the tour is complete!

So, as you can see, I’m an advocate for Chicago Food Tours. I was offered a complimentary tour for a guest and me by Chicago Food Planet. However, all opinions here are my own. This tour was my second with Chicago Food Planet. My husband and I took their flagship Bucktown/Wicker Park tour in 2012 for our anniversary. And we still fondly recall it as one of our favorite anniversary outings.

I wish every car shopping experience could be fun

Last week the chefs behind @dineamic created a mul

“It’s a big world out there, go explore”-Ano

The @thechicagoautoshow starts this Saturday Febru

Enjoyed a lovely dinner with @chicitygirls at @sab

Had a lovely evening at @bellemorechicago last nig