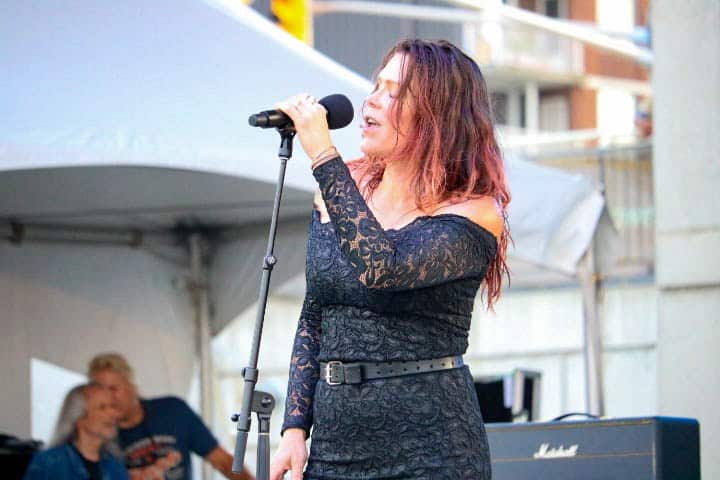 I don’t know if I’ve ever let you guys in on my love of Blues music. It’s been a part of my life since childhood.  To this day, whenever, I hear Elmore James playing, I’m immediately back at our first home in Michigan.  My dad used to blast Dust My Broom on the record player.  I didn’t quite get the meaning of the song, but I knew the words.  Our house was where everyone would regularly gather for spades or Bid Whist, and Blues was always blaring over the arguing and laughter over who reneged.  FYI, reneging was the unforgivable sin, lol!  Fun times!!!

As a youngster, I felt it comical to sing about the Blues.  I believed that I had the Blues at the age of 6 whenever things didn’t go my way.

It wasn’t until I was a lot older and learned more about the history and origin of the Blues when it truly had an impact on me. My appreciation for the genre grew.

I happen to know quite a few Blues lovers and musicians, and I can wholeheartedly say that individuals within Blues community are some of the most welcoming and inclusive.  It’s always a good time amongst Blues lovers.  Maybe you can relate to the energy and feeling gathered from Blues concerts and festivals!  If there’s a Blues festival or event, you’ll find me in the midst of it singing and dancing along with a huge smile on my face!

This year was my first time attending Bluesfest Windsor held at the Riverfront in downtown Windsor, Ontario.  My son’s Blues/Rock band The Instinct was invited as a performing act this year for the Sunday of the fest.  Last year this festival attracted over 28,000 attendees throughout the weekend and this year was set to break that record!  I was looking forward to this 4-day festival.  I always enjoy going to Windsor for visits, it’s an easy 3 1/2 hour drive from Chicago.   I’ve met some of the nicest people there.

The first show I caught was Sugarray Rayford; he also was the ambassador for the 4-day festival.  If you ever have the opportunity to see his band, GO!  I hope to see him at the Chicago Blues Festival; he brought the party!  His vocals are fantastic, and he’s seriously a joy to watch; so entertaining! A true pro at engaging the audience whom he had cracking up!  That man has some serious dance moves too, he was gettin (yes, it’s gettin not getting) down!!!!

He also happened to be staying at our hotel and is just as nice and approachable as he comes across on stage.

I was most looking forward to seeing Jonny Lang on Saturday night. I’ve seen him probably around 5-6 times, but never this close.  My husband and I were front row!  He’s such an amazing guitar player and vocalist.  The depth of feeling and emotion he plays with is moving.  My friend Carol is probably his number one fan so as any great friend would do; I sent her video of how close I was to him as torture, LOL!

Eddie Money closed out Saturday night.  He had lots of jokes during his set…I was amazed at how much he was moving and shaking while singing all of his hits.  I’ve had ‘Two Tickets to Paradise’ playing over and over in my head ever since.  His set gave the crowd great energy and enthusiasm.  Everyone was just having fun.

All of that dancing and singing makes one hungry.  I’d be remiss if I didn’t mention the burger spot my son and I walked to from our hotel for midnight eats.  When in Windsor stop at Simon’s Prime Hamburgers, the burgers and fries were the bomb!  I learned that all of their buns are handmade by Maple City Bakery without preservatives and the meat is local VG meat; hand packed and never frozen.  I can’t get over those fries too!  Locally produced, fresh cut, and seasoned through and through!  You can taste good quality.  This spot is surely worth a visit and is on my list next trip!!!!

My son’s band the Instinct was set to play 4 half-hour sets on Sunday in the Bluestown tent; they were on fire!  I may be a bit biased, but they’re a great band!!!  I was able to catch all 4 sets.

The festival had a nice set-up.  The area was vast but it was easy to get back and forth between the two stages so you wouldn’t miss out on any of the bands.

I didn’t want to miss out on Beth Hart who was set to play on Sunday.  I hadn’t heard of her before seeing the festival lineup.  Once I read her bio, I was in avid anticipation; I’m now obsessed with her.  I told my husband “This chick is BAD!”  Wow, what a voice!  I’m sad that it took me so long to discover this amazing artist!

Beth Hart closed out the Blues portion of the festival.

This year organizers tried something a little different.  It’s no secret that there’s been a steady decline of the Blues and Sunday attendance at festivals are the lowest.   The committee decided to draw larger Sunday crowds a with a 90’s Flashback show.

It was brilliant!  The Sunday portion was completely sold out as I guess there were 8,000 other people as excited as I was to see the show!  We went back in time to our teenage days and grooved to C & C Music Factory, Naughty By Nature, Rob Base, Young MC, and Vanilla Ice.  This portion was LIT!  Words can’t describe how fun that party was!  Took us all way back!  Not even a torrential downpour could curb the enthusiasm of the crowd!  I can’t remember the last time I yelled and danced like that!  I hope they do a repeat of the 90’s show next year!  Maybe a few new Blues fans were made from the massive crowd who came out for the 90’s flashback.

Well done Windsor, I can’t wait for my next visit!