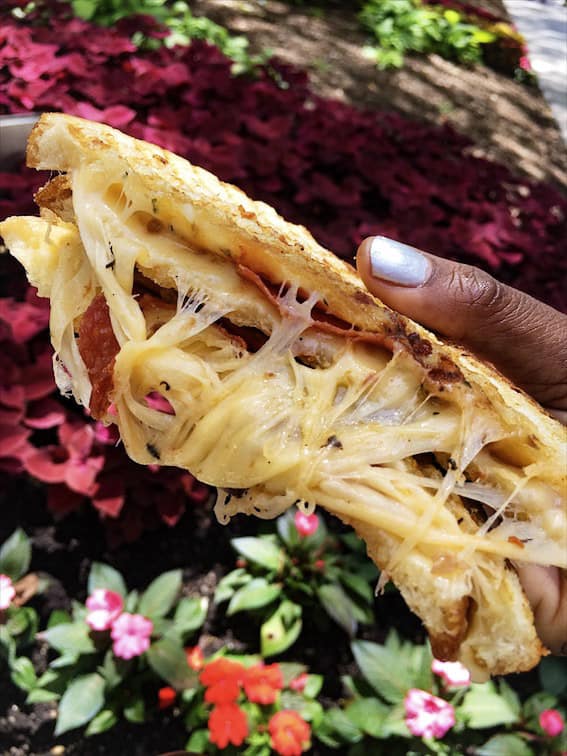 I am absolutely in love with cheese!  It’s one of my favorite foods and I believe that it goes with everything!  So, I was very excited to attend Time Out Chicago’s 2017 Grilled Cheese Meltdown event.  The competition was held at Thalia Hall located in Chicago’s Pilsen Neighborhood.  The venue was beautiful and I was dying to know the history behind the building (I’ll save my discoveries for a future post).

As seen from the ingredients, every restaurant’s take on the grilled cheese was quite unique and different from the other.  I’m usually more of a traditional grilled cheese person, I don’t want too much going on in the sandwich because I don’t want anything overshadowing my cheese.  With that being said, I for the most part was quite impressed with the flavor combinations and I loved the majority of the sandwiches.

I felt that Gayles Best Grilled Cheese Ever delivered the best tasting sandwich.  The ingredients were well balanced and the end result was amazing!!!!!  I guess you know who I voted for.

Some of my other favorites were Jerry’s ( I’d like to bottle their chipotle-mango chutney), Toastie’s, the duck bacon was soooooo good and I learned that duck bacon also has 30% less fat than pork bacon so that’s a big plus!  Cheesie’s was also one of my favorites.